Dog drowns in the basement of a Christiansburg home

All lanes of Route 460 in Giles County closed

CHATTANOOGA, Tenn. (AP) - The Marine Corps has identified the four men killed in an attack on military facilities in Tennessee.

They were identified Friday by the Marines as Gunnery Sgt. Thomas J. Sullivan of Hampden, Massachusetts; Staff Sgt. David A. Wyatt of Burke, North Carolina; Sgt. Carson A. Holmquist of Polk, Wisconsin; and Lance Cpl. Squire K. Wells of Cobb County, Georgia, who a family spokesman says went by "Skip."

Authorities are investigating why Mohommad Youssuf Abdulazeez killed four Marines at the Navy operational center. Terrorism is being investigated as one possibility, though it is not immediately known by authorities if Abdulazeez had any connection to any known terrorist group.

"Each of these men who lost their lives had served incredibly well," Tennessee Gov. Bill Haslam told CNN on Friday morning. "We're heartbroken."

The entire Navy Reserve Force extends its deepest sympathies to the families of the United States Marines who were tragically killed at Navy Operational Support Center Chattanooga. Our thoughts and prayers are also with the Navy Reserve Sailor who was critically wounded during yesterday's shooting.

The Navy/Marine Corps team and, indeed, all of the military are like family. And, as family does, we stand together with our primary focus being to assist those who have been affected by this senseless tragedy.

We also want to thank the first responders in Chattanooga for their rapid response and support. As we move forward, the Navy Reserve is committed to working with law enforcement to ensure a full and thorough investigation.

READ ABOUT EACH MARINE'S LIFE AND LEGACY 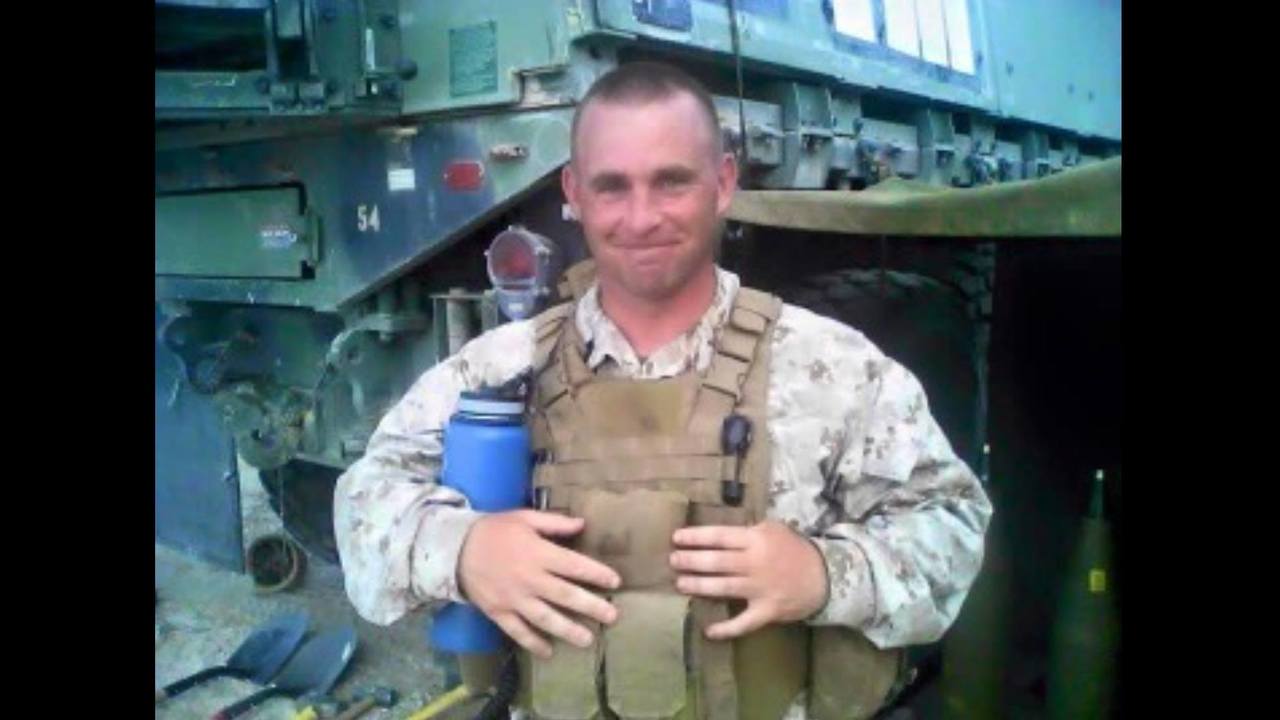 One of the victims is Thomas Sullivan, a Springfield native who was a Marine Corps. gunnery sergeant. Gov.

Charlie Baker posted a picture of Sullivan on Facebook and the words "terror comes home to Massachusetts," and Springfield Mayor Domenic Sarno lamented an "assassination" and "tragic loss."

"Sgt. Sullivan dedicated his life in brave service to his country," Sarno said, "and to see it end under such tragic circumstances is heartbreaking."

Flags were lowered to half-staff outside City Hall, and city spokesman James Leydon said Sullivan's family is "still trying to come to terms with it all." So, too, are people in the community, like resident Jim Sheremeta, who said the death hit close to home.

John Sullivan, co-owner with Thomas' brother Joe of Nathan Bill's Bar and Restaurant in Springfield, changed his Facebook profile picture to a split shot of his smiling brother in uniform and a black ribbon over the Marines Corps logo. The ribbon has the words "in remembrance," and below it appears, "R.I.P. Tommy."

The Facebook page describes the late Marine as a graduate of Cathedral High School who grew up in Springfield's East Forest Park neighborhood and went on to become a gunnery sergeant. "He was our hero," one post states, "and he will never be forgotten."

Lance Cpl. Squire Wells, who was known as Skip, was swapping text messages Thursday with his girlfriend of 2 ½ years, excited that she had booked a flight to visit him in Chattanooga after months apart.

His next two words would be the last she'd ever hear from him.

She thought he was kidding: "You are so weird," she replied.

Hours of silence. "I love you," she tried. Hours more passed, the news out of Chattanooga becoming clearer. "Hon, I need you to answer me please," she wrote.

It would not be until Friday that she learned his fate.

The two met at Georgia Southern University, but he soon followed in his family footsteps and enlisted. His grandfather had been in the Air Force, and his grandmother and mother served in the Navy, Dove said.

Through tears, Dove remembered her boyfriend's love of flag football and Nerf guns, his passion for U.S. history, his ability to handle her when she was grouchy and how good he was at listening. He dreamed of being a drill sergeant, and when they last saw each other around Valentine's Day, he gave her a gold-and-silver ring. When the time came to propose, she said, he knew to ask her parents first.

Wells' mother was watching television coverage of the shooting when Marines appeared at her door. She knew what the visit meant.

"Every service parent, especially moms, dreads opening the front door and seeing people in uniform," said Andy Kingery, a friend who is acting as a family spokesman.

So proud a Marine was Sgt. Carson Holmquist that when he finished boot camp, he returned to his hometown of Grantsburg, Wisconsin, and paid a visit to his high school dressed in his formal blues. Grantsburg High School Principal Josh Watt, who was one of Holmquist's football coaches, remembers the day his former cornerback showed up, the pride in his accomplishment apparent.

"When he became a Marine he was very proud of that," Watt said Friday.

The principal remembered Holmquist as a strong player, an avid sportsman who loved to hunt and fish, a young man committed to succeeding. He graduated in 2008; the Pentagon said he enlisted in January 2009 and was serving as an automotive maintenance technician. He had completed two deployments as part of Operation Enduring Freedom.

Reached by phone, the slain Marine's father said he wasn't ready to talk yet, and his grandmother declined to comment as well. Sadness over the loss was permeating his small hometown.

"It's a very tough day in Grantsburg," Watt said.

Tony Ward remembered Staff Sgt. David Wyatt as the young Boy Scout who would run up mountains, just for fun, seeking to best the time of others.

Ward, who now lives in Helena, Montana, was Wyatt's scoutmaster when he was in high school in Russellville, Arkansas. Wyatt and Ward's son were good friends and worked together at a Boy Scout camp. He said Wyatt attained the Eagle Scout rank and graduated from high school in 1991. He was married with young children, Ward said.

Wyatt enlisted in 2004, the Pentagon said, and had been living in Burke County, North Carolina. He was deployed three times, including twice in Iraq.

Ward called the fallen Marine a man who enjoyed life, a "hard charger," someone who cared about his job and those who served with him.

"He's the kind of man that this country needs more of," he said.

The Associated Press contributed to this report.