Hoda graduated from Virginia Tech in 1986

ROANOKE – It's no secret, Hoda Kotb loves the Hokies. As a Virginia Tech graduate, she still supports them.

That was one of the topics 10 News covered during Jenna Zibton's trip to New York City to talk with Kotb and Savannah Guthrie.

Hoda Kotb has come a long way. Graduating from Fort Hunt High School near Alexandria, Virginia, and then going to Virginia Tech, graduating in 1986.

In 2007, Kotb was part of the kickoff campaign for Virginia Tech, announcing a $1 billion fundraising goal.

The Virginia Tech graduate spoke at commencement in 2008.

Now, she's settling into her new role at the Today Show, co-anchoring from 7-9 a.m. every weekday alongside Guthrie.

Kotb still knows the "Old Hokie" cheer that freshmen learn during orientation and she did it on the set of Today during our visit.

"The Hokies cheers are getting old around here," Kotb said. 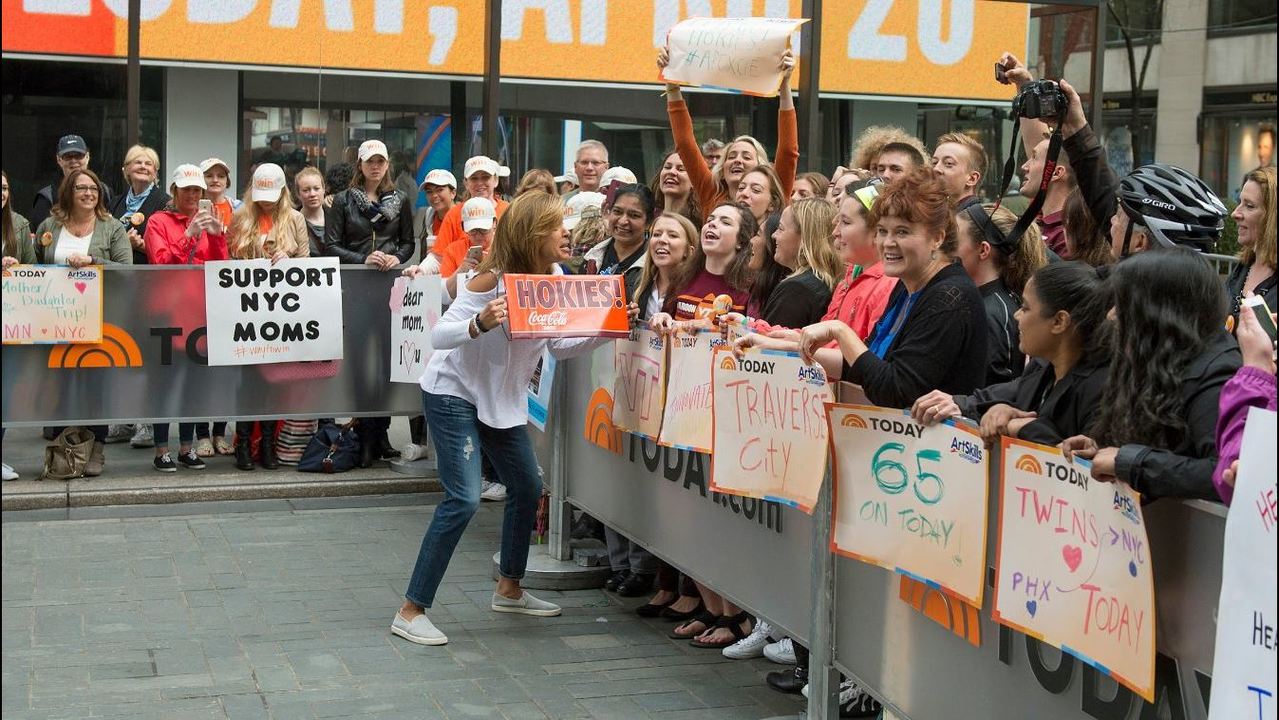 Seeing fellow Hokies on the plaza is a lot of fun for Kotb too!

"Whenever I see a VT outside on the plaza -- because often we look right out through the window behind you and we get to see them -- they always point to the hat, like, 'We're here, we're here. The Hokies are in the house,'" said Kotb.

"She's really trained as a reporter and I think she brings that as well as her own personality and her own livelihood she brings it to that position. I think having two women on the today show is a major achievement for NBC," said Edd Sewell, Former VT Dept. of Communications Chair who had Hoda in classes. "Hoda was, I guess the best word, she was a very determined individual. She didn't let things stand in her way when she wanted to do something. That certainly proved to be a good aspect for her in getting all the jobs that she's done."

You can see Jenna weekday mornings at the anchor desk on WSLS 10 Today from 5-7 a.m.