Lanes reopen, delay remain after car fire NB on I-81 in Botetourt Co.

ROANOKE, Va. – The opioid epidemic is hitting home at Roanoke Fire-EMS. The city's first responders are seeing more opioid-related overdoses than in years past.

"That is causing a stress on our system. You're seeing our performance indicators slightly dip. We're not able to get there as quick because our units our busier, they're tied up," said David Hoback, chief of Roanoke Fire-EMS. 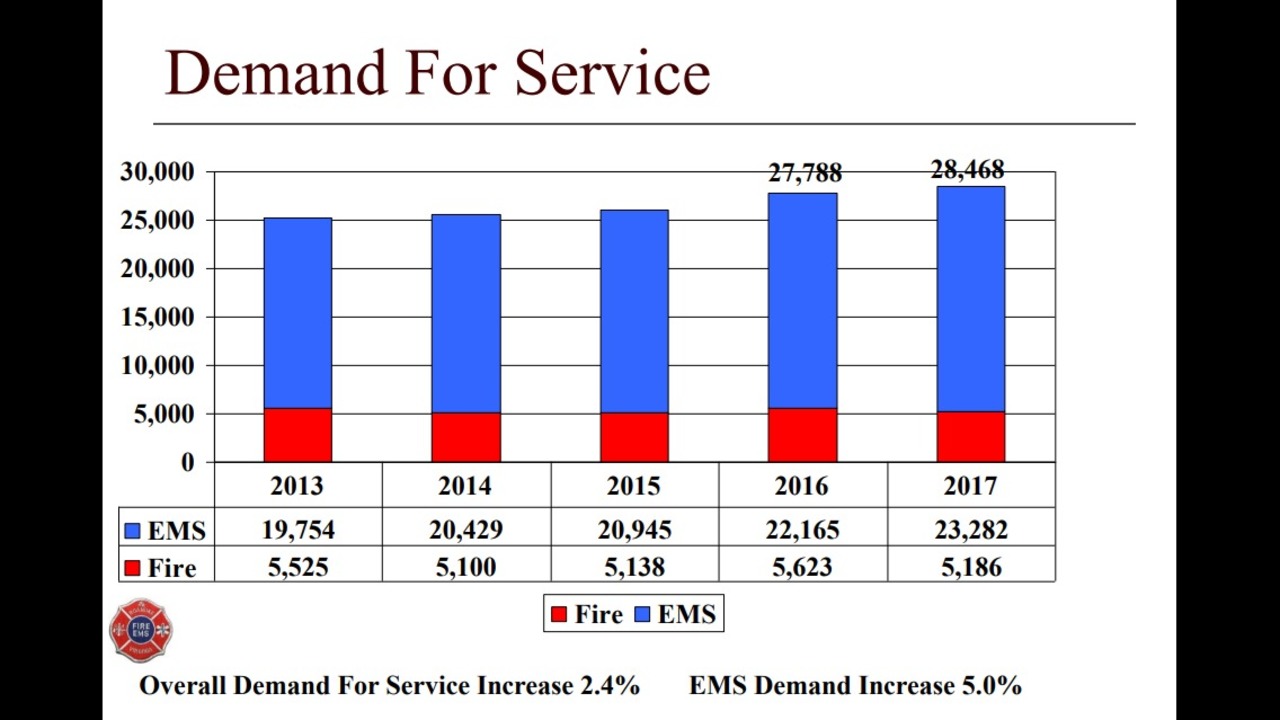 In 2017, Roanoke Fire-EMS responded to more than 23,000 EMS calls -- that's a 5 percent increase in the demand for EMS services compared to 2016. Chief Hoback says some of that is due to an aging population, but a lot of it is rooted in the deep drug epidemic across the country. 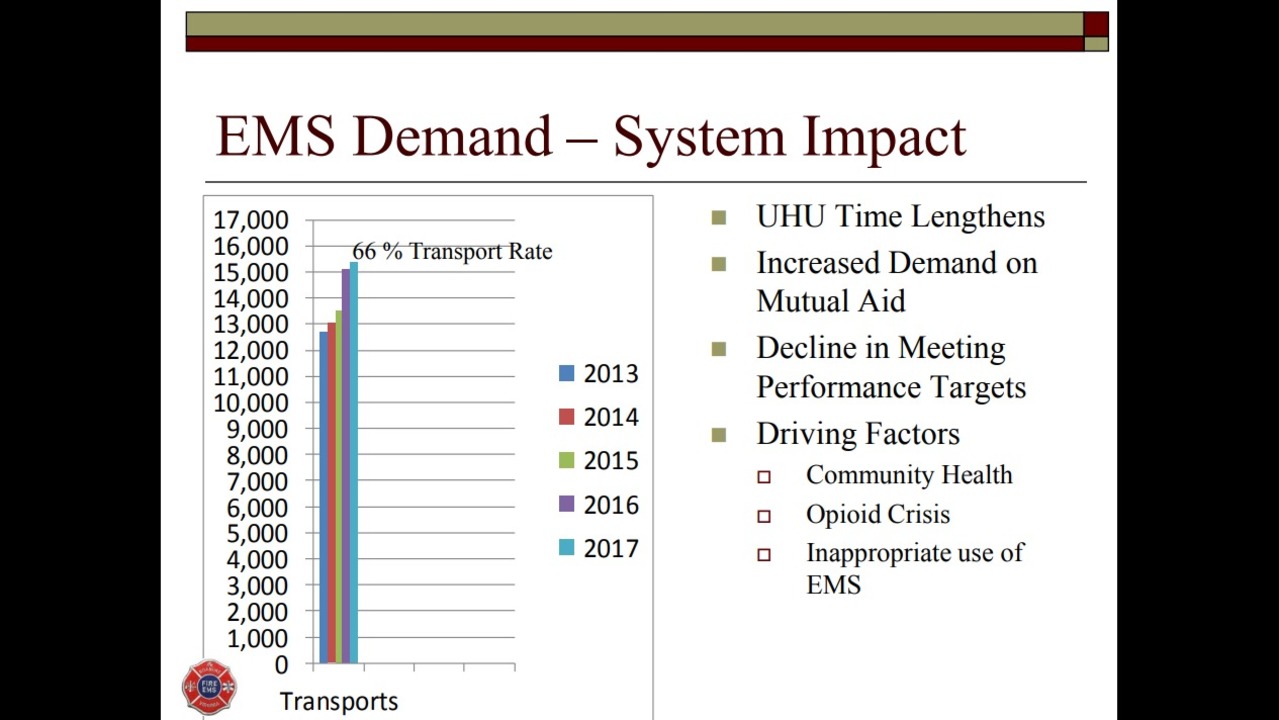 The epidemic's effects can also be seen in the types of calls Roanoke Fire-EMS responded to last year -- nearly 400 cardiac arrests in 2017, 120 more than the year before. Many of those are connected to drug use, especially heroin, and many of the patients involved are repeatedly receiving care.

"They'll run one week and then two weeks later, they'll run the same individual because he or she has overdosed again," said Hoback. 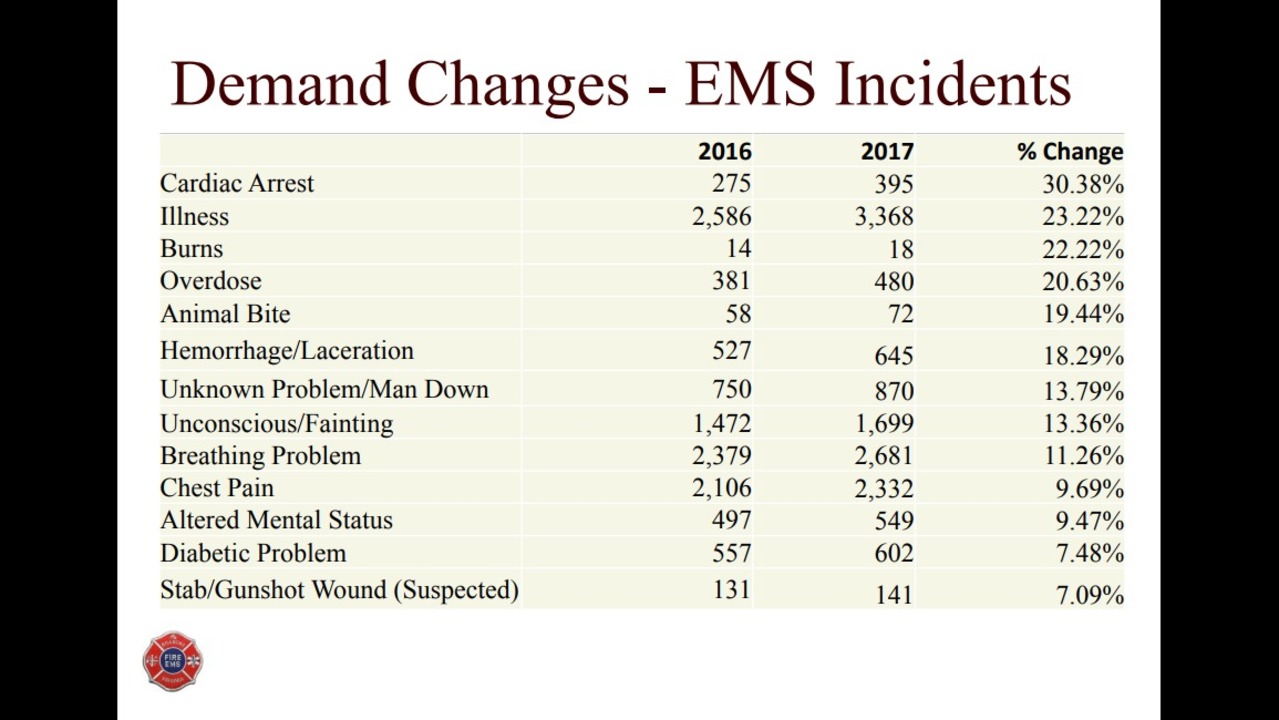 As alarming trends tied to the opioid epidemic continue surfacing across the country, Chief Hoback is hoping the next year will bring some relief for Roanoke Fire-EMS.

"We're prepared and putting in the budget the ability to handle some of that. But we hope that this crisis will start to trend down," said Hoback.