Driver dead after chase leads to fatal crash in Lynchburg

A local grandmother is begging drivers to pay attention after she said her granddaughter was nearly hit getting off the school bus.

The bus driver said drivers blowing school bus stop signals are a weekly occurrence, and together they're asking how many more near misses need to happen before people take it seriously.

The incident happened Thursday afternoon on Hollins Road. Roanoke County Police said the car had already left the scene which makes it very unlikely for them to charge the driver. They said they'll patrol more, but this grandmother is taking things into her own hands.

A cell phone camera is the new must have for one Roanoke County grandmother who is tired of seeing the same thing time and time again.

She said she continually sees drivers paying no attention to school buses on Hollins Road. Darlene Martin's granddaughter Madison and a friend were nearly hit getting off the bus. She and the driver said it was clear the car that nearly hit them was purposefully going around the bus.

Madison's bus driver is Ryan Lester and he's been driving since January. He said in the short time he's been driving he sees drivers blow his signals all the time. Thursday afternoon he angled his bus across the road like he normally does to try to block both lanes. He said he saw the driver coming at them and she purposefully navigated around the bus.

Lester's bus is equipped with a camera that is mounted above him pointing out the front window. A Roanoke County Schools spokesman said he was unable to share the footage due to student privacy laws and that you could not see clearly what happened in the footage anyway. 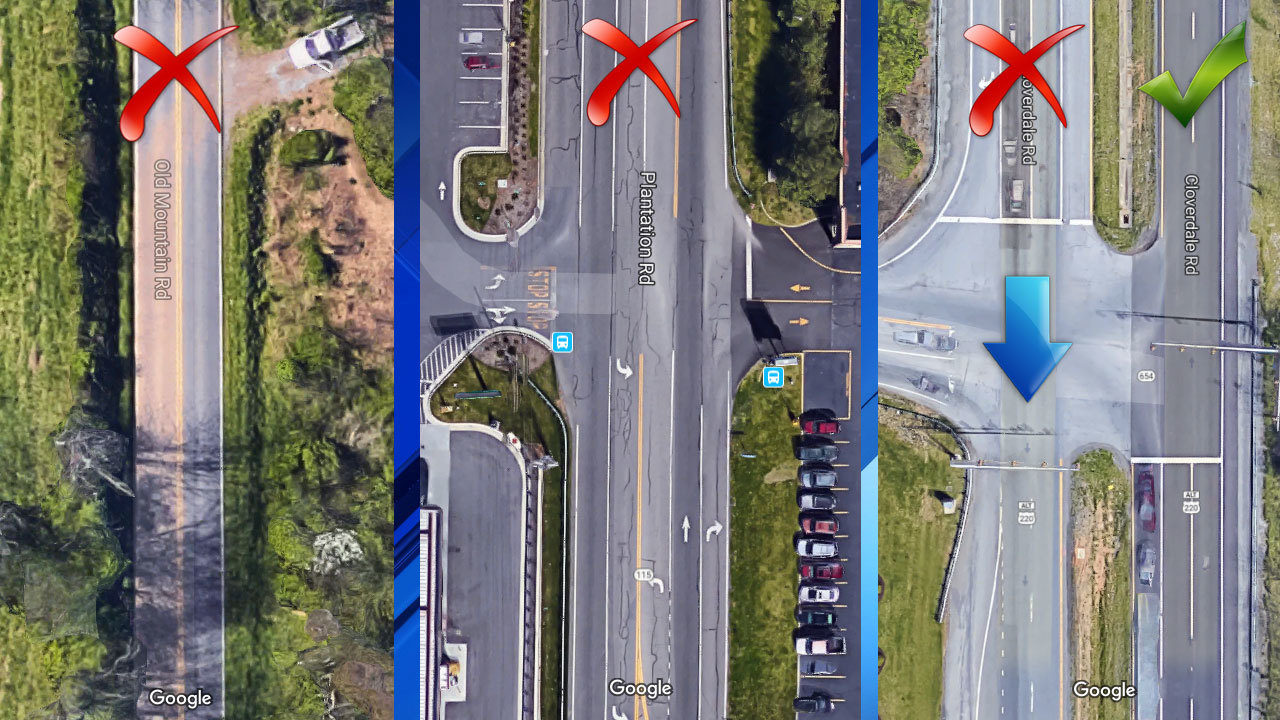 This isn't a new occurrence and divisions across the Commonwealth have been searching for ways to combat the problem. Roanoke County continues to consider exterior cameras on the bus to catch offenders, but the division hasn't made a decision on them yet.

"These are small children, that I pick up everyday, see them every morning, take them to school, bring them home to their safe place and this has traumatized them as well," Lester said.

Lester is now attempting to block the road even more than he previously did when he makes stops. Police can't be everywhere, so Martin plans to record the stops when she can. She also wants drivers to pay attention, and the new cameras on the buses.

Martin was also frustrated with the Roanoke County Police Department's response to the situation. Below is a statement response from department spokeswoman Amy Whitaker.

"While this incident is concerning, unfortunately, the vehicle had already left the scene and the license tag provided to police was invalid, making it very unlikely to locate the vehicle. With that being known and an already high priority call volume across the county, no additional police officers were available at the time to respond to the area of the incident. An officer did speak by phone with a citizen who witnessed the incident and an extra patrol request was placed. Safety on our roadways is a top priority for police and those caught disobeying traffic laws, especially while school buses are in operation, should expect to face charges."