Where are Virginia’s coronavirus cases? The health department’s interactive map

Growing your own food during coronavirus pandemic

ROANOKE, Va. – It's not rare for it to snow in the Rockies during the fall months. However, the snowstorm expected this weekend will be a doozy (even for them).

According to the National Weather Service in Great Falls, Montana, areas like St. Mary and Maria's Pass could see 30-36" of snow in three days. 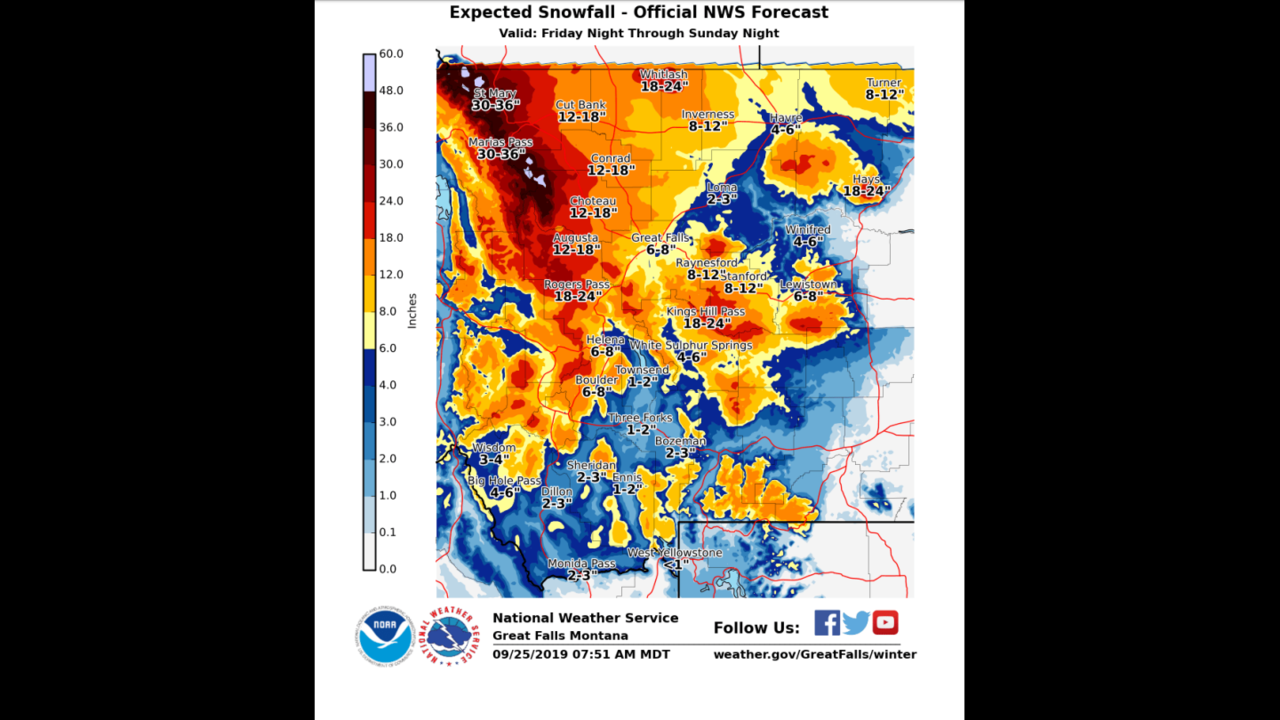 For more populated areas like Great Falls and Helena, 6-8" of snow is forecast. The earliest Helena has seen 6" of snow in a 24-hour span was on September 11, 1949.

For our area, the earliest we've seen 6" of snow in a 24-hour span varies by area. It's never happened in September, though!

So, what does this snowstorm have to do with our weather?

The weather pattern is very amplified, which is allowing this insurgence of very cold air for the Rockies. On the other side of the jet stream, the pattern is amplified in the opposite direction, making it feel very much like summer in the eastern U.S. by the middle of next week.

These amplified patterns are bound to crash, though. As high pressure weakens later next week into the first weekend of October, the jet stream will push a cold front through the eastern U.S.

This will likely give us a fairly significant cool-down for the weekend and, perhaps, even some rain and storms later next week.