He tried to escape Lynchburg officers before they eventually arrested him

LYNCHBURG, Va. – The man police say is responsible for a June robbery is now in jail.

During their investigation, authorities identified Terry Antonio Jones, 32, of Lynchburg as the suspect in the case.

On June 21, an officer recognized Jones' vehicle driving down Memorial Avenue and initiated a stop.

When Jones eventually pulled over on Murrell Road, he ran away when the officer tried to handcuff him.

Two additional officers joined the pursuit and they eventually took Jones into custody, according to the Lynchburg Police Department.

As a result of the theft and subsequent chase, Jones is charged with grand larceny, driving with a suspended license, resisting arrest, and false identification to law enforcement.

He also has two outstanding capiases from Henrico County.

He is being held at the Lynchburg Adult Detention Center without bond. 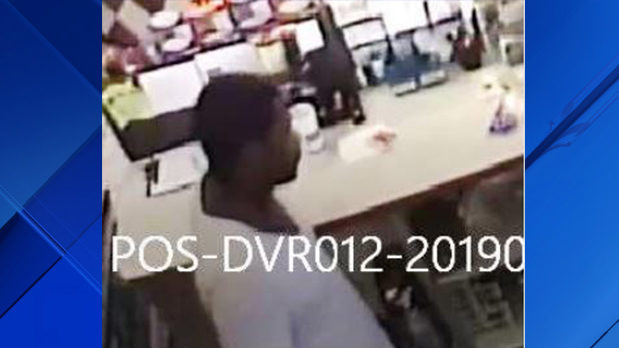 Lynchburg police are looking for a man who they say distracted gas station employees and grabbed cash.

It happened on the evening of June 6 at the Marathon gas station on Wards Road.

Police say the man drove off in a white vehicle after taking the money. They believe that he lives in either Lynchburg or Campbell County.

Anyone with information is asked to call Officer Bond with the Lynchburg Police Department at (434) 455-6060, extension 550. You also may remain anonymous and contact Crime Stoppers.