ROANOKE, Va. – The Roanoke City Police Department served more citizens in 2017. The department responded to more than 101,000 calls for service -- that's up 5 percent from 2016. 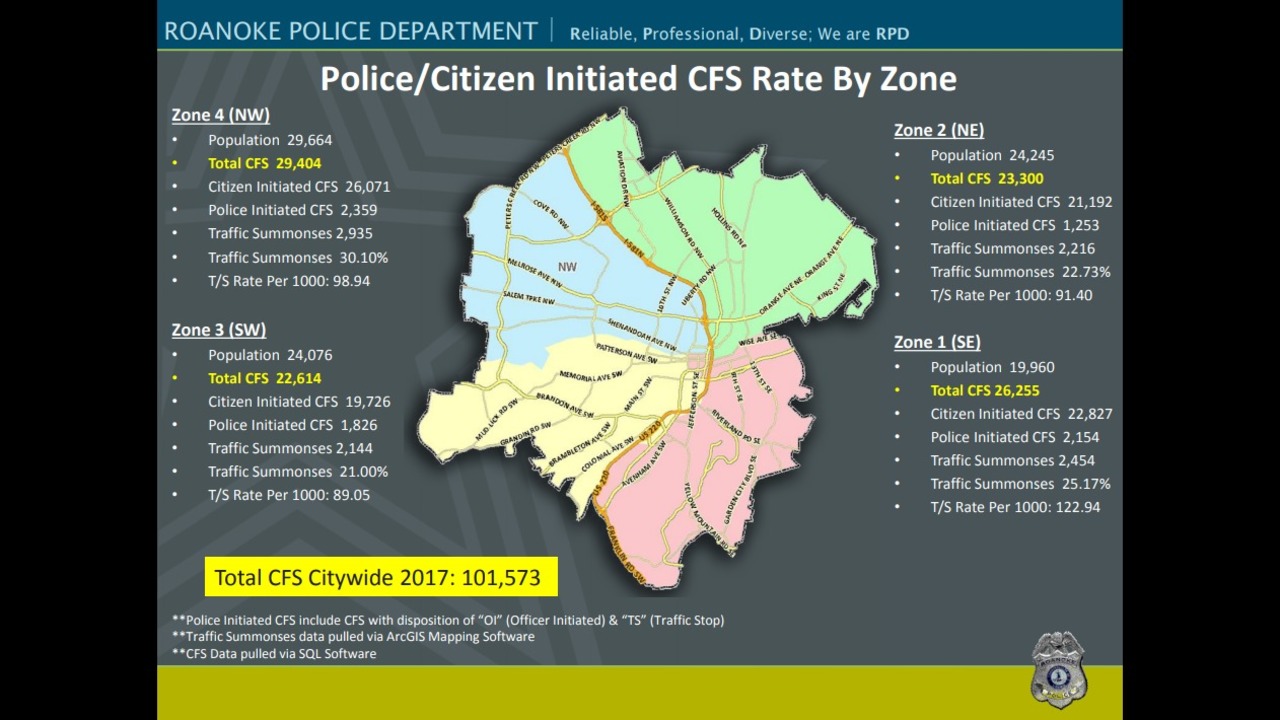 "We are busier. But we are still trying to afford the same level of service that makes Roanoke a great place to live and work," said Roanoke Police Chief Tim Jones.

Overall crime in the Star City was up 6 percent last year due to a large rise in burglaries, larcenies and car thefts. Chief Jones says about 90 percent of those thefts were linked to unlocked doors. 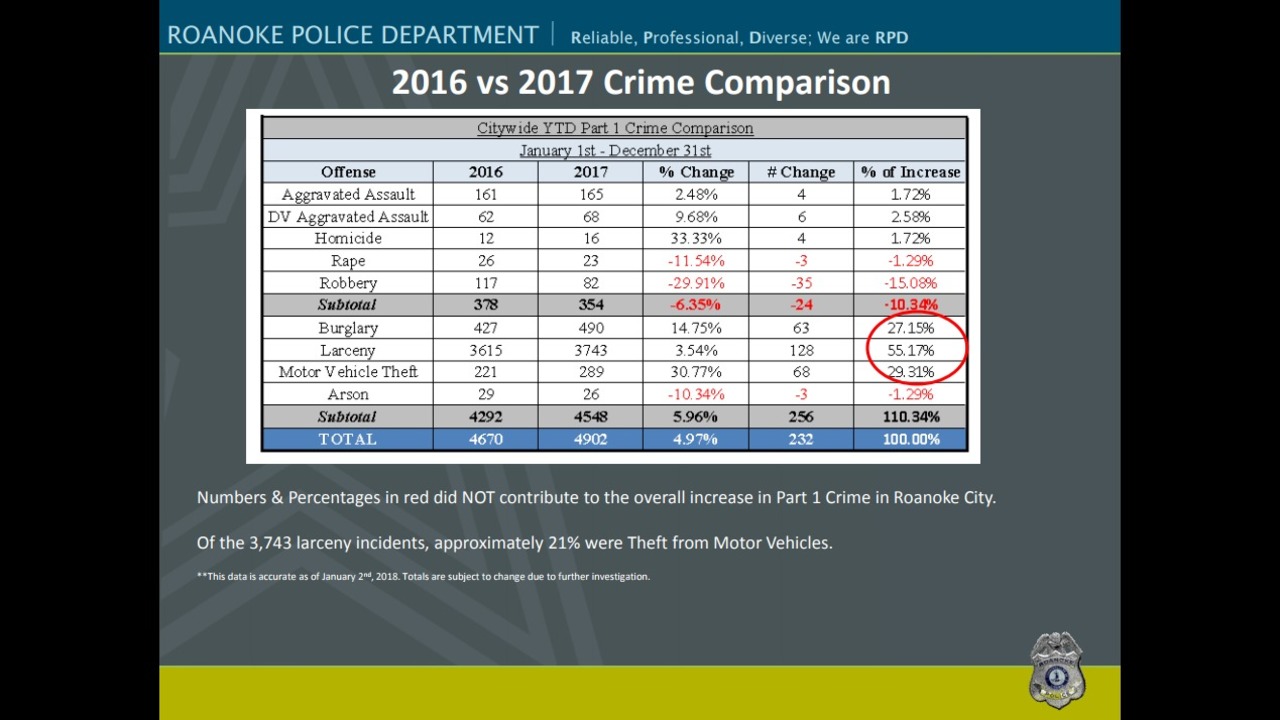 While violent crime as a whole was down in the city, there were four more homicides in 2017 than the year before. Jones says officers need the public's help to get those solved.

"We need that one person to step up and say that they were there or they saw a particular activity which will give us the ability to clear these homicides," said Jones.

After an increased effort and presence downtown, the Police Department is reporting a 24 percent decrease in crime there